(Mostly) In Praise of J.K. Rowling:

JKR (as I will call her) is in that position. After the global success of Harry Potter, she could hand in her shopping-lists and they’d be promptly published in paperback, hardback, e-book and fans’ luxury edition. So, post-Potter, what has JKR chosen to write? A spot of social realism with A Casual Vacancy (2012) and then, using the pseudonym of Robert Galbraith, the Cormoran Strike series: six books in nine years.

The Cormoran Strike books share some similarities. They’re long and they’re getting longer: 464 pages for the first one, 656 pages for the fourth, 1024 for the latest, The Ink Black Heart. At first sight, they’re not particularly original. If anything, JKR seems to enjoy wallowing in some clichés of crime fiction: a tough, world-weary private detective, with a war wound, on the edge of society, barely making ends meet, living from case-to-case. An off/on romance between the male and female lead characters. Sentence by sentence, The Ink Black Heart is not even that well-written. JKR engages in serial head-hopping, without a care in the world. Sometimes this leads to problems. (Those pesky tutors have a point!) On p. 12 we’re introduced to Ryan Murphy, police officer, who’s a ‘pleasant-looking’ man. But as JKR has just merrily head-hopped from Robin Ellacott (Comoran’s co-worker) to Comoran Strike, it’s not clear whether it’s Comoran Strike, Robin Ellacott or the narrator herself who finds Ryan ‘pleasant-looking’. And, anyway, what does ‘pleasant-looking’ imply? Ryan was pleasant, and he looked it? Or he looked pleasant, but wasn’t really?

There’s also quite a few car-crash sentences. Try this one:

Robin suspected that the state in which she’d first entered the Z Hotel, tired after hundreds of miles of driving, and fresh from finding the corpse of Vikas Bhardwaj, might have prejudiced her against the place, but she found her room, which was decorated in shades of grey, both cramped and unpleasantly soulless. (p. 802)

This looks like a simple case of careless cutting-and-pasting, with the half-way ‘but’ confusingly suggesting an opposition between the two parts, whereas there’s actually a consistency.

Some critics have praised the ‘plotting,’ but I don’t think this is a great strength of The Ink Black Heart. There’s a murder around p. 50 and by p. 950 Comoran and Robin are no closer to solving whodunnit—partly because they’ve just realised that their favoured way of ruling out suspects is invalid.

And yet—I really enjoyed this work. Throughout its thousand pages, I wanted to return to it. Normally you’d call this a page-turner, but it wasn’t exactly that. I wanted to find out what Cormoran and Robin were up to, almost as if they were old friends. I wish I could identify exactly how JKR does this, but I can only guess.

The Ink Black Heart has some original features which don’t exactly shout at you, but which still shape the mood and feel of the work, and assist in that process of close identification with Robin and Cormoran. One feature is a gritty sense of economic reality, so different from those books where the main characters casually discuss whether to buy a second home in Corfu or Madeira (or both). Cups of coffee, hotel rooms and train journeys all have to be paid for in The Ink Black Heart, and that sense of economic limits makes the main characters more believable and therefore more likable. Coupled with this is a sensitivity to way social hierarchies are imposed in twenty-first century Britain. Gender, class and—to a lesser extent—ethnicity structure the characters’ experience. Both main characters consciously seek to retain a sense of their individual dignity and self-respect within these imposed power structures.

There’s also an original sense of place. A subsidiary, attractive feature of many crime novels is the exploration of a milieu, whether seaside resort, university faculty or aviation factory. Ink Black Heart explores the underworlds of social media: the realms of fandom and private channels. Quite a chunk of the novel is verbatim replicas of social media exchanges, with curses, abbreviations and mis-spellings included, and many examples of semi-literate twitter-rage. JKR provides few revelations, but her exploration of this underworld is convincing and perceptive. She notes both good and bad: social media can be a source of comfort, friendship, excitement and even solidarity, but it’s the sheer nastiness of some sectors that is most memorable. From out of this engagement with social media, comes a sense of casual violence and real danger—there are two deaths in the book. Our two friends, Robin and Cormoran, aren’t safe: we worry about them, and therefore we want to know more.

The sheer length of the work is also refreshing. JKR is bucking the trend: there are paragraphs, even pages, without attention-grabbing drama; she concentrates on the small things that make up the bigger day, placing one item on top of another until we grasp the full picture. The strengths of the work are therefore old-fashioned: characterization and description.

One distinctive feature is JKR’s use of epigraphs to introduce each chapter. Perhaps as a deliberate counter-balance to the crudeness of the social media chatter, she chooses some classic literary names: Christina Rossetti, Amy Levy, Letitia Landon, Elizabeth Barrett Browning and Emily Dickenson—usually poets, and all female. I found it useful at the end of each chapter to go back to this epigraph, which then gave the key to the substance of the chapter.

Overall, it’s an understated work, with few polemical passages. But if you look for it, you’ll find feminism and socialism there. Good for you, JKR. 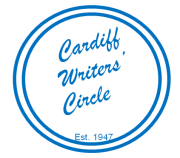 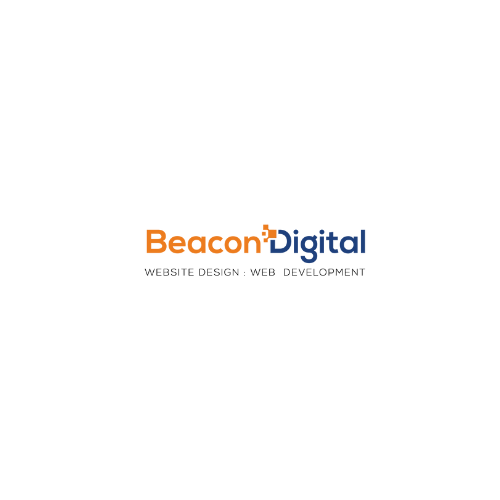 Get A Quote
Get A Quote
We use cookies on our website to give you the most relevant experience by remembering your preferences and repeat visits. By clicking “Accept All”, you consent to the use of ALL the cookies. However, you may visit "Cookie Settings" to provide a controlled consent.
Cookie SettingsAccept All
Manage consent

This website uses cookies to improve your experience while you navigate through the website. Out of these, the cookies that are categorized as necessary are stored on your browser as they are essential for the working of basic functionalities of the website. We also use third-party cookies that help us analyze and understand how you use this website. These cookies will be stored in your browser only with your consent. You also have the option to opt-out of these cookies. But opting out of some of these cookies may affect your browsing experience.
Necessary Always Enabled
Necessary cookies are absolutely essential for the website to function properly. These cookies ensure basic functionalities and security features of the website, anonymously.
Functional
Functional cookies help to perform certain functionalities like sharing the content of the website on social media platforms, collect feedbacks, and other third-party features.
Performance
Performance cookies are used to understand and analyze the key performance indexes of the website which helps in delivering a better user experience for the visitors.
Analytics
Analytical cookies are used to understand how visitors interact with the website. These cookies help provide information on metrics the number of visitors, bounce rate, traffic source, etc.
Advertisement
Advertisement cookies are used to provide visitors with relevant ads and marketing campaigns. These cookies track visitors across websites and collect information to provide customized ads.
Others
Other uncategorized cookies are those that are being analyzed and have not been classified into a category as yet.
SAVE & ACCEPT